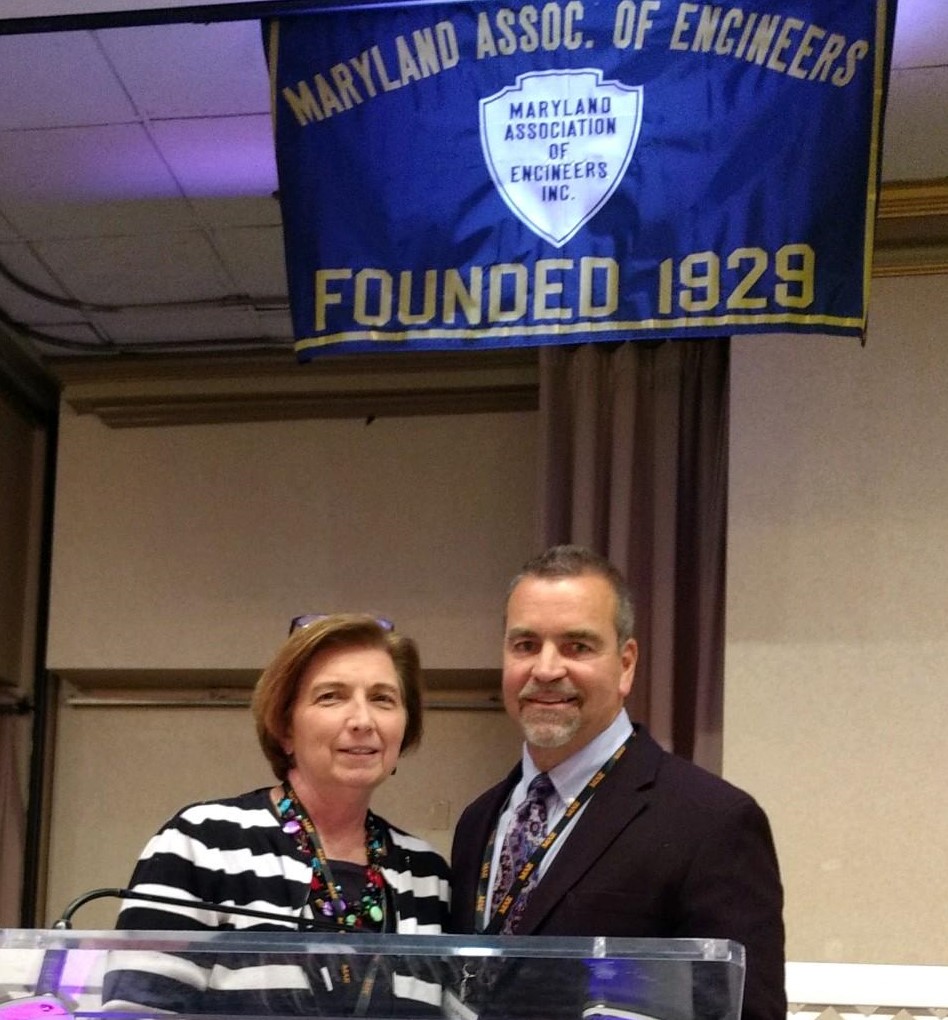 The Maryland Association of Engineers held its annual Winter Convention on Thursday, February 6, 2020, at Martin’s West, Baltimore. The association made history by appointing its first woman as president. Jo Ellen Sines has served on the organization’s board since 2010 and joined the association in 2006. Her most recent post on the board was first vice president.

Sines is vice president of construction for M Luis Construction Co., Inc., the Silver Spring, Maryland-based general contractor and construction materials supplier. She manages the $35M construction division, consisting of approximately 23 active highway projects. With a BS in Civil Engineering from the University of Pittsburgh, Sines is active in local, state and national engineering, construction and women-in-engineering organizations.

Sines succeeds David A. Ferrara as president of the association. Ferrara is the vice president of construction services and DelMarVa regional manager for Gannett Fleming.

MAE celebrated the installation of its new officers during the evening session. In her remarks, Sines recounted her involvement in the MAE board the last 10 years.

“As the lone woman serving on the board it wasn’t clear to me the impact I would have. I always found fellow board members to be helpful and was encouraged to stay the course. Joining the board and advancing through the ranks to president of this storied organization has been incredibly fulfilling,” Sines said. “I am excited to lead the charge for the next year and am honored to be the Maryland Association of Engineer’s president for 2020.”