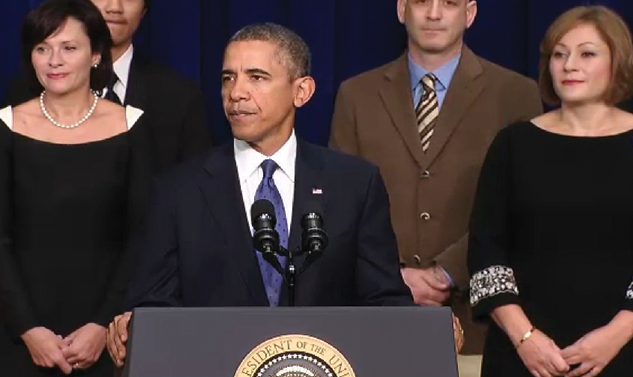 BALTIMORE, discount MD – M. Luis Construction owners were invited to the White House on Monday for an event celebrating the role of businesses that had persevered through the economic crisis. The event also marked the five-year anniversary of the U.S.’s financial crisis. M. Luis is one of the fastest-growing, middle-market asphalt manufacturing and construction services companies in the U.S., based in the Mid-Atlantic Region.

The event included a press briefing in the South Court and a private tour of the West Wing with the President. Event participants were invited “because of their courage and determination and hard work,” President Obama said.

He outlined the successes of the Recovery Act by focusing on those who lost jobs, businesses and healthcare, as well as on the families hurt most by the recession.

“Those are the stories that guided everything we’ve done. It’s what in those earliest days of the crisis caused us to act so quickly through the Recovery Act to arrest the downward spiral and put a floor under the fall. We put people to work repairing roads and bridges… We helped jumpstart the flow of credit to help more businesses keep their doors open.”

In 2010, M. Luis was awarded a $2.5 million Maryland Industrial Development Financing Authority (MIDFA) loan guarantee made possible by the State Small Business Credit Initiative (SSBCI). The loan guarantee, and Eagle Bank, enabled the company to continue to expand operations and integrate the previously construction-focused company with asphalt and aggregate manufacturing.

“It was a privilege and an honor to meet the President and be chosen for this event. We’re proud of the company’s accomplishments. Our growth shows the importance of industry-government partnerships and the exponential impact that loan programs can have,” said Cidalia Luis-Akbar, M. Luis president.

Noting that in the past three and a half years U.S. businesses have added 7.5 million new jobs, the President also updated the gathering on where the economy stands and where it needs to go. He reiterated his commitment to broad-based economic growth as he called on Congress to pass a budget that allows for future investment in education and infrastructure.

“If we follow the strategy I’m laying out for our entire economy — and if Washington will just act with the same urgency and common purpose that we felt five years ago — our economy will be stronger a year from now, five years from now, a decade from now. That’s my priority. All these folks standing behind me, and everybody out there who’s listening — that’s my priority.”

Natalia Luis, M. Luis vice president, echoed the President’s thoughts with the company’s commitment to investing in jobs and infrastructure. “As entrepreneurs, we are excited to play a role in helping to move the economy forward.”

Following the event, Ms. Luis was interviewed by NPR. She explained that M. Luis is “another example of a company that instead of being in survival mode, is now in expansion, thanks to the loan partnership.” She also emphasized the critical need for further investment in roads and bridges by Congress. “We cannot continue to ignore our infrastructure. If we do, it will be much more costly to repair in ten year’s time.”