Bill Clinton backs Anthony Brown at Potomac fundraiser: ‘I know what is in his heart’ 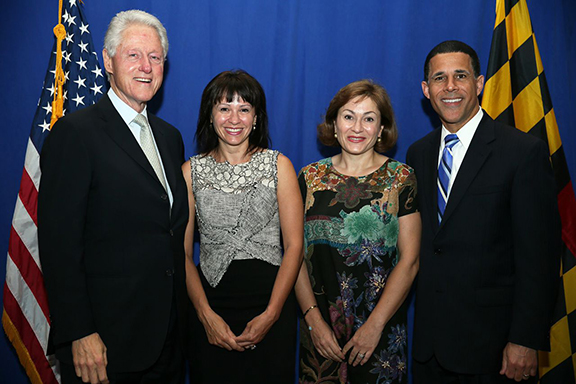 Aides to Brown, the current lieutenant governor, said the event brought in his largest single-day haul since his campaign launched about a year ago. Donors, who contributed up to $4,000 to attend, sipped wine and cocktails and nibbled on Swedish meatballs and other hors d’oeuvres as they awaited Clinton’s arrival. When the former president took the stage, a sea of smartphones rose above the crowd.

Clinton, who endorsed Brown last month, said he had come to be part of Brown’s “brigade” for two reasons.

“I do admire and feel enormous affection for Anthony Brown,” Clinton said. “The second reason is I think it’s important, when people have got a deal that’s working, to build on it and not reverse it.”